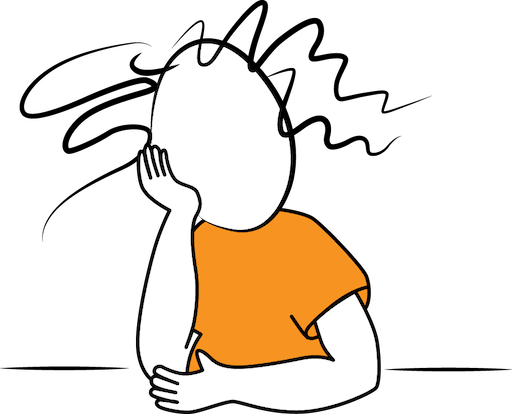 Is your child disobedient?

Some children do not follow directions. You may say “get up and get dressed.” Twenty minutes later, you re-enter the bedroom to find your child wearing one sock and his underwear, staring out the bedroom window.

Sometimes, distractions can be a huge factor in following directions. Other times, children may not be able to shift attention from a preferred task to a non-preferred task very easily. The computer or TV can be reinforcing to a child, which means that it may capture his or her interest.

Your child may struggle to shift to doing something that is not fun, like making the bed or putting away laundry. You may ask 3 times for your child to complete a chore and get an “okay” followed by continued hyper-focus on finishing that level of his video game.

After touching your child on the arm he may say, “I didn’t hear you! You never told me!” Other children may simply declare, “I don’t want to” and proceed to have a temper tantrum. Often, you may feel it was not worth it to ask for that chore to be completed in the first place.

You may be surprised that your previously compliant child yells ‘NO’ in your face and wanders off to do his own thing. As a parent, you may scratching your head, wondering about where you went wrong.

Underlying problems for non-compliance could be comprehension, inattention or impulsivity, autism, behavior disorder, or emotional symptoms. It also may be a sign of a gifted profile.

Gifted  children often reject direction from authority and have somewhat of a non-conforming nature. In this case, it is important for parents to be more explicit about the rules and the rationale behind each rule.

If you are consistent and persistent as a parent, you are doing your job. Do not expect immediate change in your gifted child, but rather expect for your child to learn accountability and to have gradually increasing responsibility. If, however, the behaviors do not gradually improve, it is time to look more closely at other potential issues or disabilities that may be getting in the way of your child’s behavior.

Comprehension:  Another consideration when your child is not following directions is comprehension. Make sure your child knows what you are asking him or her to do.

Have your child repeat back what he will do first. As soon as he does it, provide praise, and give the next direction. Do not assume your child is refusing to follow directions until you ensure your instructions are clear and easy to follow.

ADHD:  A child with ADHD often has challenges with attention, planning, organizing and impulsivity. Sometimes children with ADHD have difficulty focusing long enough to digest the information, and with planning and organizing their time to get tasks completed.

Impulsivity means acting without thinking; an impulsive child may somewhat unintentionally pick up that hand-held video game from the floor instead of a pair of socks. Ten minutes later, you are late, and your child is not wearing socks.

Autism:  Rigidity and challenges with change in routine can be related to autism. Often, children with ASD prefer to do things their own way because of poor perspective taking, adherence to routines, repetitive behaviors, and non-functional rituals. Your child may not follow rules because he does not take the parent’s perspective to see the importance of the task.

A child with ASD could also prefer to repetitively line up cars in his room rather than be interrupted to get dressed. Your child may insist that he ‘has to’ get dressed after he eats breakfast and so it would be impossible for him to get dressed right now. Shifting attention, moving from one task to another, can also be hard for kids on the Spectrum.

Mood:  Children with mood challenges like bipolar may have low self-esteem and seem very rigid. These kids might not follow directions because they don’t want to fail or make mistakes. These children are likely to yell, refuse and throw a tantrum.

Other emotional symptoms may be relevant. Emotional instability and inattention introduce the possibility that a child is depressed or experiencing something traumatic. It will be important to consider diagnoses like bipolar, depression and PTSD in this case.

Behavior Disorder:  Non-compliance may be a sign of a behavior disorder, which would be a consistent pattern of refusing to follow adult direction and disrespectful behavior. Children who yell ‘no!’, call you names, deliberately thwart your authority, or break rules are showing signs of a behavior disorder.

In this case, you should consult with a psychologist who may refer you for Applied Behavior Analysis (ABA) therapy. A consultation with the school may also be necessary to nurture positive behavior and to reverse any poor behavior habits.

WHAT TO DO WHEN YOUR CHILD IS DISOBEDIENT

If you are concerned about your child’s disobedience, take these few steps. First, make interactions with your child as pleasant and positive as possible. Only give an instruction you are prepared to enforce. If you are tired and don’t feel like a battle, don’t ask. Provide directions or instructions that your child is likely to follow.

As you increase the expectations, break things into manageable steps, one at a time, such as saying, “please get the sheets from the laundry” rather than, “fold the laundry and put it away.”

Provide motivating rewards for completion of tasks. Play a game as a family, have ice cream, earn a weekly trip to a dollar store, thrift shop, or shop the dollar bin at your local grocery store. If your child does not comply, do not provide the reward. However, make sure there are other times to try to earn rewards.

If a tantrum ensues, stay close by, remove attention and wait to see a behavior you like. Model calm behavior and avoid any arguments when your child is upset. Stay firm, calm, and consistent.

No matter what happens, always have some fun, relaxed, noncritical time together each day, even if this time is just 10 minutes to read a book. If you are still concerned about extreme or dangerous behaviors, consult with an Applied Behavior Analyst (ABA) right away (see information in Where to go for help section).

Back to: Home → Behaving